Many current military, defensive tactics, karate, and MMA schools teach techniques that are opptimisitic at best.  Often techniques are only possible if performed at slower speeds and only after an opponent has make a tactically unwise choice, such as placing a handgun against the opponent.

In addition, many Defensive Tactics and MMA programs assume that the opponent is unarmed and unskilled.

Introductory DTASO sets out to train students on basic MMA concepts and gives students a chance to learn and practice techniques that will aid them in combating a skilled opponent.

DTAAO then builds on DTASO and introduces firearms into full contact MMA.

Our Instructors believe that every technique must be taught repetitively with only gross motor movements at full speed, full contact with actual working simunitinos weapons where the outcome of the battle is "dynamic" to say the least.

" I was amazed at how fast the situations devolve!"

"I couldn't believe how knowing your opponent was armed and could draw at any moment, it really changes how you think about Jiu-Jitsu."

"Action generally beats reaction and I was doing a lot of reacting!" 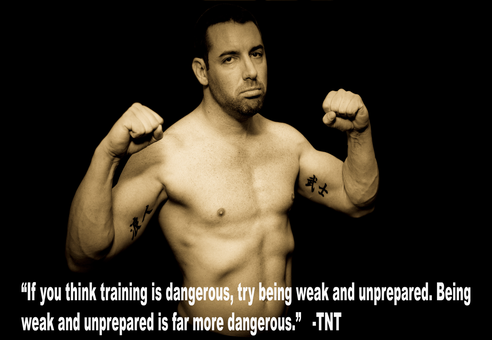 The Instructos at TNT and High Desert Training believes that training is a living, evolving process that requires everyone to keep and open mind and learn from every opportunity.  We are students first, teachers second.

We also beleive in evidence based learning, so techniques and ideas are openly and actively tested at every opportunity.

Finially, we are not so presumptous as to beleive our way is the only way, or even the best way.  We simply present what we have learned through countless hours of training and rolling and shooting. 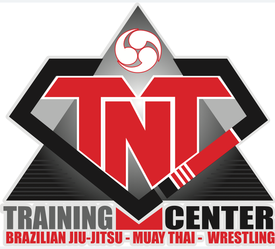